TAKING THE PLUNGE…
I’ve taken a break from blogging since I stared taking control of my life again, its been refreshing, but I have many ideas and stuff floating around in my head that I want to write about.
But lets start by getting an update…
2 months ago (almost) I decided to start taking my anti-depression medication. It was a decision not taken lightly and with GREAT difficulty.
As some of you are aware I did not want to take any medications while breastfeeding and WAS NOT prepared to stop breastfeeding regardless of whether I needed medication or not.
But… I reached a point, a very low point a few months ago after having a fight with my partner (yet again) that I need HELP, not just the way I was getting it but more, and quite obviously the next option was MEDICAL intervention. I realised I need Happy-Pills!
And so EXTREMELY reluctantly I called my psychologist who in turn called my GP to prescribe me the medication. He assured me that it would not interfere with my breastfeeding journey or affect my son. After much research and consideration, I stated taking it. 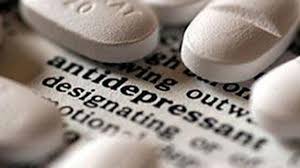 Honestly, almost immediately I noticed a change in myself. I stopped crying constantly, I stopped fighting with everyone, I started to smile, laugh (not fakely), I stated to take care of myself like I used to, i.e. actually doing my hair, my nails, grooming (the small things) I slowly started to feel like myself again and slowly the REAL me, not this foreign person who has taken over my body since 2016 started to emerge.
I now no longer recognise my old self anymore; the medication has helped me tremendously. I kick myself for not starting them earlier, but I know every person goes on their own journey the way it should be. I fought against the doctors, my family and myself thinking I could do it without medication or help, feeling like a failure for needing medication to be ‘’NORMAL’’ again. However, I feel empowered to share my story and assure anyone in a similar situation that you are not alone and that accepting help, be it physical help or medical intervention does not mean you are weak or a failure, or a bad mom and wife, ultimately asking for help is a sign of strength not weakness.
My sleeping problems have improved 10 fold, I’m not going to say I sleep amazingly every night with 8 hours of sleep and wake up feeling refreshed every night because HELLO I’m a mom, not going to happen (just yet), and yes there are some nights where I can’t get my mind to shut-off and not get a wink of sleep, but those nights happen now and again, also finally Kieran has been sleeping better, not that there aren’t some nights where no sleep happens because this happens now and again for sure but at least it feels like the worst is past. (Until another tooth erupts or another sleep regression). Mom’s you know what I mean right?
All in all, I feel like a brand new person, I will be on the meds for up to 18 months, and be re-evaluated every 6 months.
I thank my husband for his support and for still being around after all I have put him through!
Still lots more to talk about on this subject though, Until next time! xxx

One thought on “A Brand new me…”