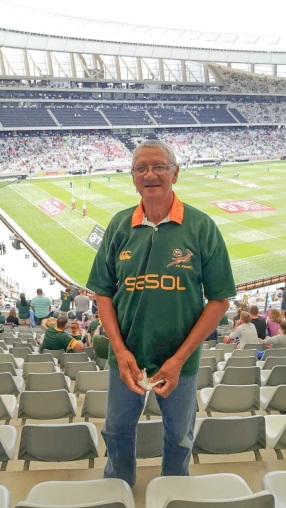 I lost my grandfather on the 29th of August, it was hard and has been hard on us all. I was tasked to give a tribute to him, and so I want to share what I said at his funeral, so that it remains here and can never be forgotten and also so that I can look back at it for years to come.

We said our last goodbyes to him on Saturday the 7th of September, here is my LOVE-POEM and last words to my pa…

I was going to write a poem, and I did and it was and is beautiful, but I’ve decided that today I don’t want to share the poem up here, if you want to read it, you can find it in the remembrance book in the hall after the service.

Today I want to talk about my pa, and who he was and what he taught me and how I will remember him.

I want to go back to most probably my earliest memories of my grandfather. I remember it was Christmas, most probably Christmas 1990, I was 6, we had a tradition where we would sit up late on Christmas Eve watching old Boney M Christmas carols in ma and pas lounge and was sitting next to pa as we watched song after song  and eventually I fell asleep on his shoulder. I remember his smell, he used to like a mixture of petrol, grease and Old Spice.

I remember us sitting in his bakkie, him driving me around, us going to the beach for walks and to swim. The wind blowing in my hair as he let me sit at the back of the bakkie because it was my favourite. He would teach me how to change the gears, and spray paint a car, I remember sitting for hours watching him work.

He always knew what to give me if I wasn’t feeling well, he brought the pharmacy home with him. I remember him always having just the right medicine. And he always told me not to take asprin because he makes it and he knows what they put in there.

He NEVER sat still, honestly the man was always doing something, I never used to see him rest, he also barely slept, he was always the early riser, the man on the move, the man who got stuff done.

He called me “pa-se-girly”, and he told me I can’t go wrong if I learnt to do things my own way. HE taught me how to use a speed Queen, yep, our family has a thing for washing machines. HE taught me the value of money. PA was cautious, with money, he never spent it on anything unnecessary or indulgent. He told me ma was the money keeper and he was the worker and that’s what worked for him, she was always there to manage his money! – He never had to worry about it.

He taught me to never buy a car without 1. Checking the engine and 2. Checking whether it has been in an accident, and that I CANNOT go wrong with a Toyota, and he was right. I have a Toyota, we’ve had Toyota’s in our family always – because we trusted him, and because when it came to cars, he was always right.

HE loved to walk, always on the move, he could walk forever, I picture him in heaven now walking and loving it. HE would come back from a walk happy, revived and always with a story or two to tell.

He taught me to never look at the light when he welds, honestly welding was his thing and he could literally make and weld anything, and I used to get angry because I wanted to look but I couldn’t.

I could go on forever, but I want to end with this… my pa taught us many things, but the lesson that sticks in my mind, the one thing he has taught me more than anything else is LOVE.

HE loved his wife until the end and even when she passed on I still felt his love, I felt it in the way he spoke to her, how he treated her, how he cared for her, how he respected her and her wishes up until the very end. He told me a secret, he told me ma and him had many conversations leading up to her passing, and there is many things he will hold near and dear, but the thing he held closely to his heart his how much she looked after him, he said “NIKKI” I miss ma so much she was who she was but she looked after me, she did everything for me. It wasn’t perfect but she taught me everything I know.”

LOVE, is a feeling, most cannot describe, but I could feel it always when I was with him. A man of few words yes, but a man you can’t easily forget.

I will remember you always, as the GREATEST man I ever knew! 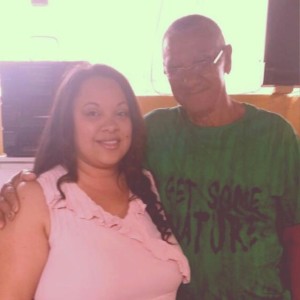